Global Asia in a Multipolar World

In 1920s, lower-class, ordinary Indonesians organized themselves in a global, popular, and radical pergerakan merah (red movement), creating an age-in-motion in which labor unions, political parties, and social organizations mobilized a united front under the umbrella of a communist movement. An analysis of this period from the perspective of communication studies reveals that two projects became intertwined in shaping this movement: a project of anticolonial struggle and a project of enlightenment. Understanding enlightenment as “an event in the history of mediation” (Siskin and Warner, 2010), this presentation discusses the dialectic of enlightenment as it was manifested in communicative practices and technologies in the Dutch East Indies. First, it explores the development of communication infrastructures in the Indies in the 19th century and early 20th century to provide a context for the national, archipelagic, and global scope of the movement. Second, it delves into the vocabulary and discourses of enlightenment in print matters that were translated, adopted, and modified by the movement. This analysis expands our understanding of emancipation, solidarity, and liberation, going beyond (and, challenging) a nationalist framework of the movement. 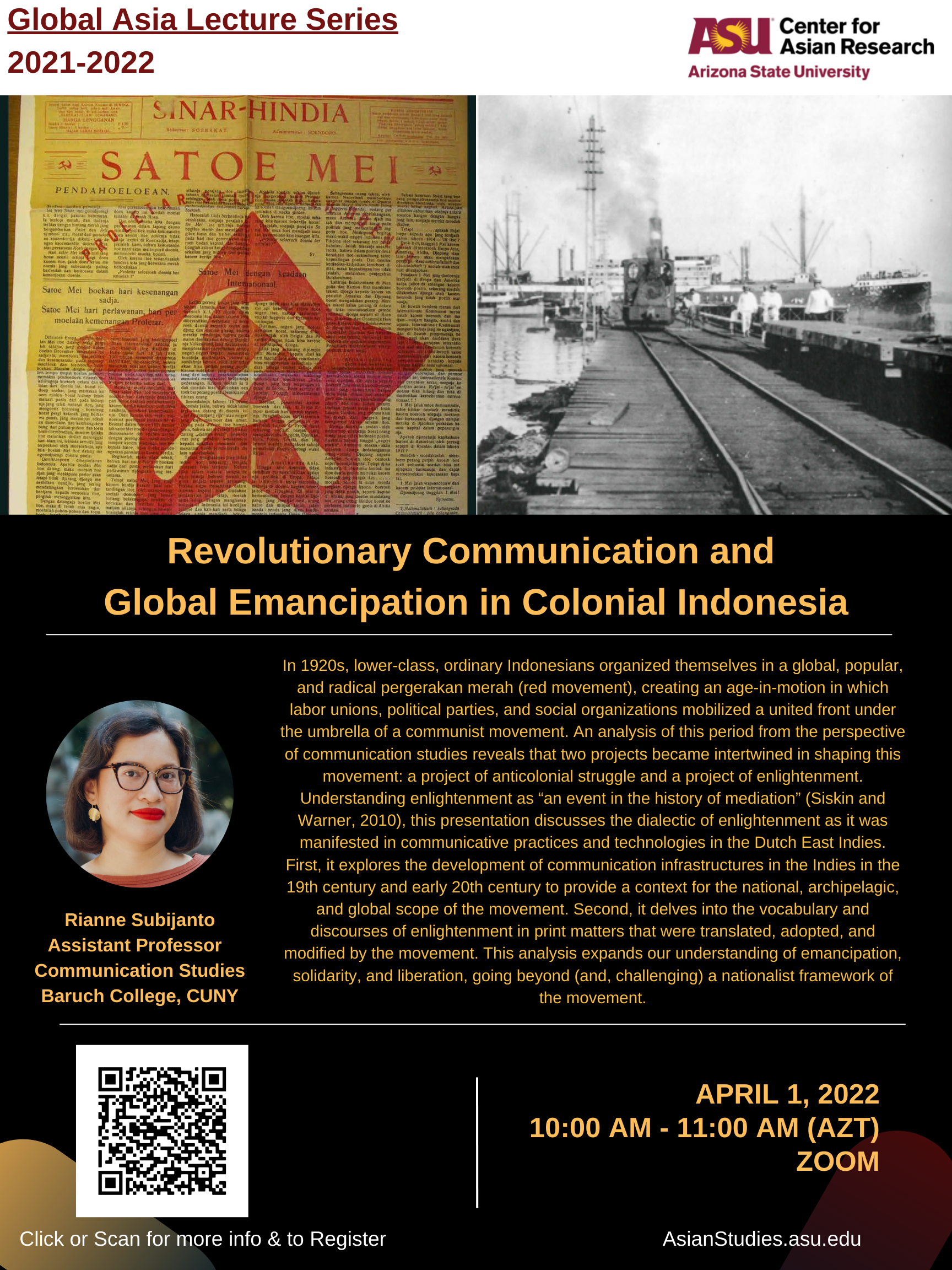