Global Asia in a Multipolar World

1) How does a study of slavery in global contexts other than the Americas and Atlantic network add to our understanding of the variety of forms slavery took?

2) What impact did enslaved Thais, Manipuris, and other groups in Southeast Asia have on the cultural, artistic, and religious life of the Burmese court? What evidence of Thai artistic, religious, and literary motifs do we see in Burmese culture?

3) How might you compare and contrast the institution of slavery in premodern Southeast Asia with other global contexts: for example, colonial America?

Our current academic definitions of “slavery” are Eurocentric. The terms “slave” and “slavery” are conceptually married to the history of dehumanization and pernicious cruelty in Atlantic plantation slavery. The result, persuasively argued by Joseph Miller, the famed historian of African and Atlantic slavery, is that non-Atlantic forms of slavery are persistently interpreted as inauthentic, as lacking in critical characteristics, or as somehow not real slavery. The study of slavery in Southeast Asia, I will argue, is befuddled by an epistemological problem—scholarly consensus has mostly defined “slavery” out of existence rendering it peculiarly invisible. The first portion of my talk will explore the conundrum of slavery’s invisibility in Southeast Asia. The remainder of my talk will explore the potent research possibilities that arise when Southeast Asian slavery is treated as a legitimate subject of historical research by examining a case study of war slaves taken from Manipur (a state in northeast India) and settled in upper Burma in the mid-18th to early-19th centuries. 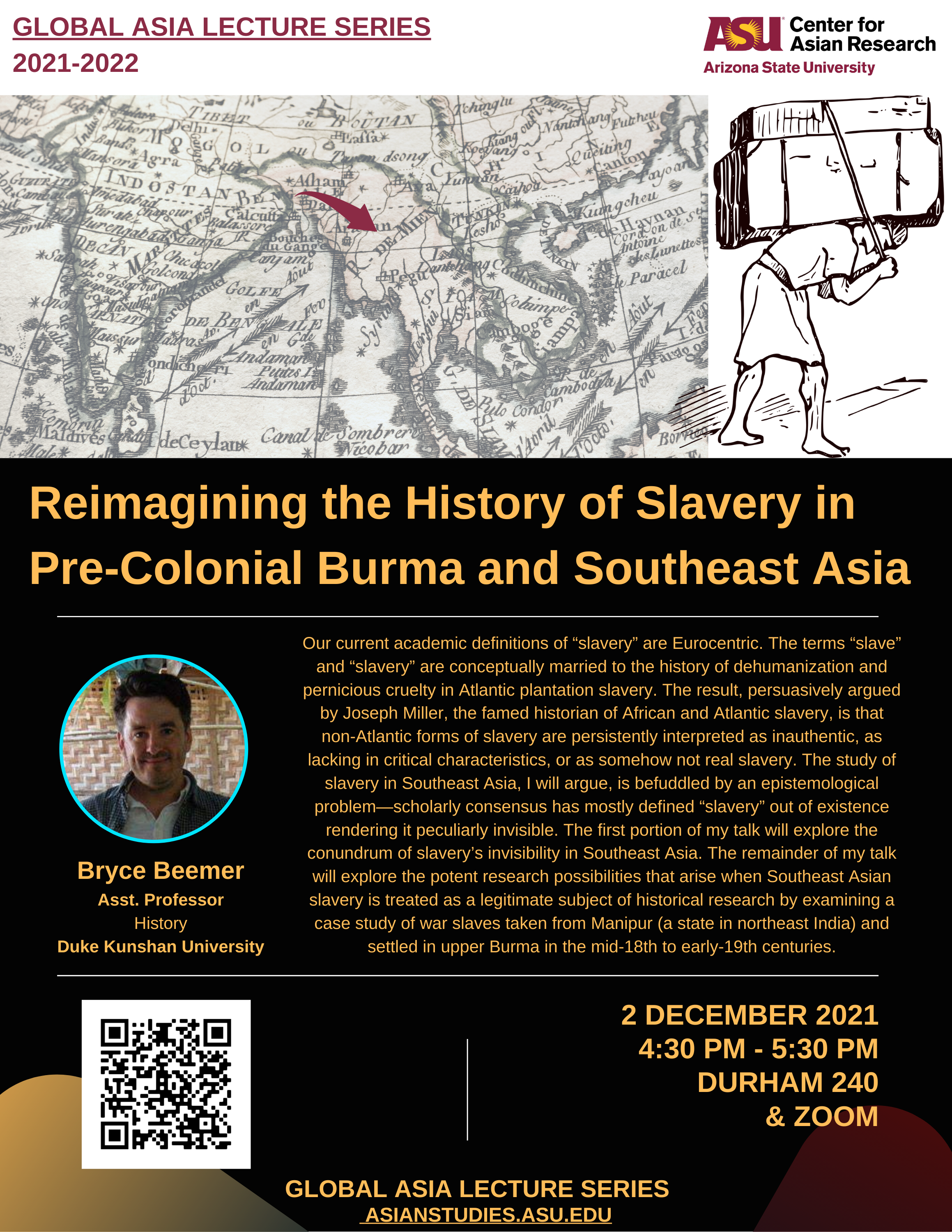