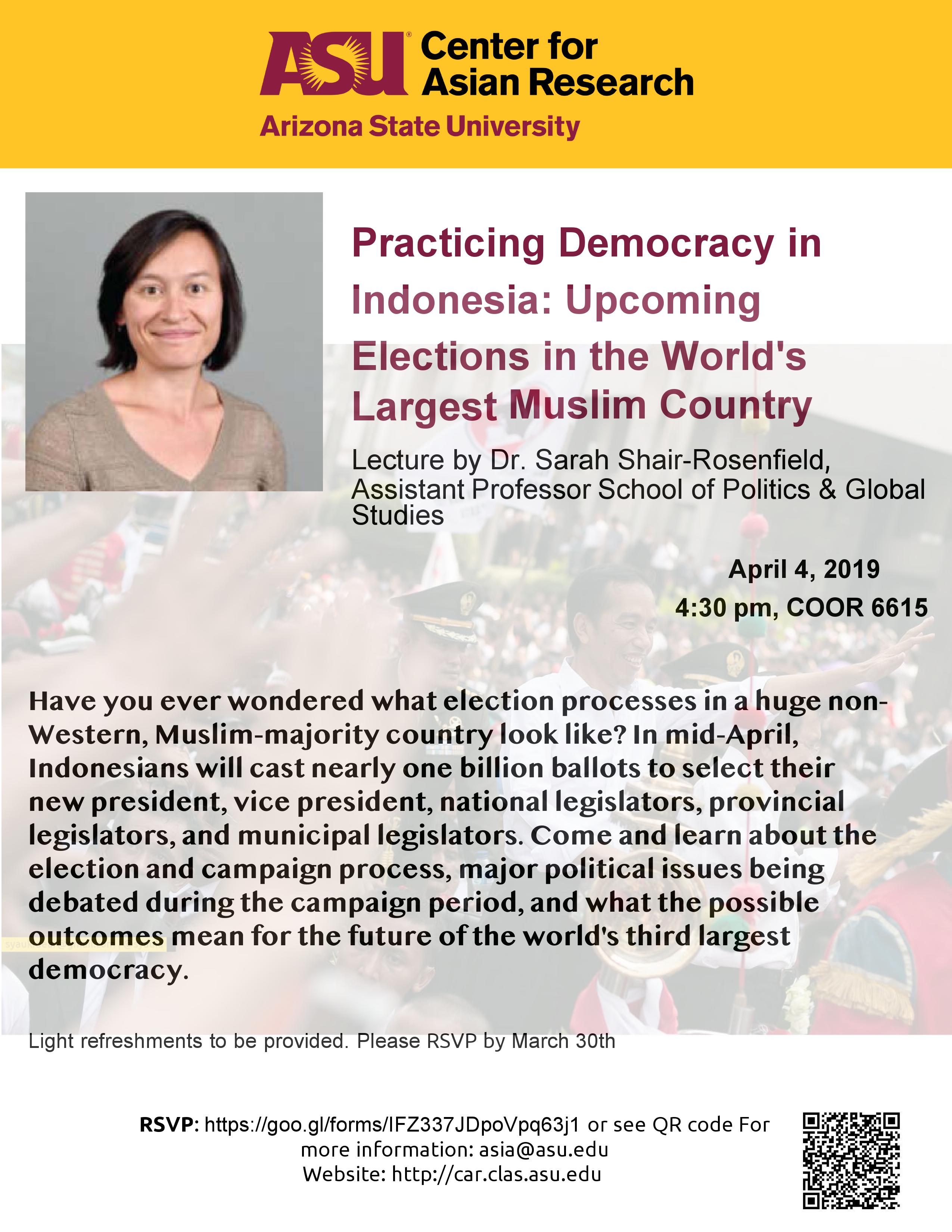 Have you ever wondered what election processes in a huge non-Western, Muslim-majority country look like? In mid-April, Indonesians will cast nearly one billion ballots to select their new president, vice president, national legislators, provincial legislators, and municipal legislators. Come and learn about the election and campaign process, major political issues being debated during the campaign period, and what the possible outcomes mean for the future of the world's third largest democracy.

Light refreshments to be provided. Please RSVP by March 30.