Kūkai on Truth Vs. Beauty

1) Who was Kūkai? Why is he an important figure in both Japanese and Chinese religious and cultural history?

2) What are some of the Chinese Confucian, Buddhist, and Daoist ideas that Kūkai incorporated into his literary works? What language did Kūkai write in?

3) How did Kūkai represent the relationship between Confucianism, Buddhism, and Daoism?

The patriarch of Shingon Buddhism in Japan, Kūkai 空海 (774–835), was a prolific writer whose collected works comprise a dozen volumes. But one of the very earliest of all his compositions may be the most revealing, in a sense, since it explicitly justifies his devotion to Buddhism relative to other life paths. This is his essay Sangō shiiki 三教指帰 (The ultimate meaning of the three teachings). In lively, ornate, and richly varied kanbun interweaving parallel prose and verse, Kūkai creates several fictional characters who conduct a conversation about the Three Teachings transmitted from China: Confucianism, Daoism, and Buddhism. Though the conclusion that Buddhism is superior may seem to be preordained, in this talk I argue that the deeper message of Sangō shiiki is rather to convey a highly original view of the symbiosis between Buddhist teachings and classical Chinese civilization, between religious enlightenment and the art of rhetoric, between truth and beauty. 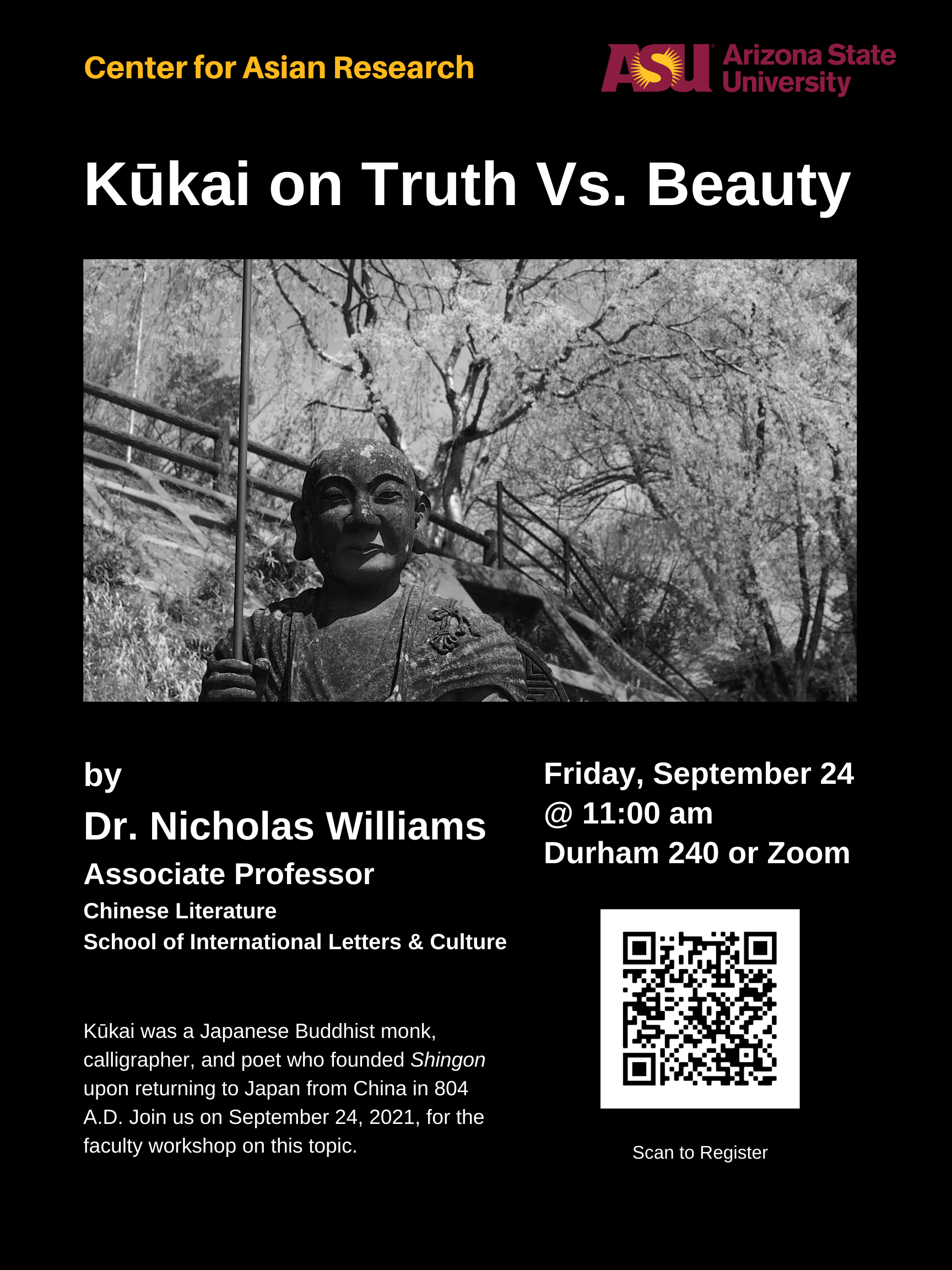