This page provides an alphabetical listing of former Center for Asian Research faculty. 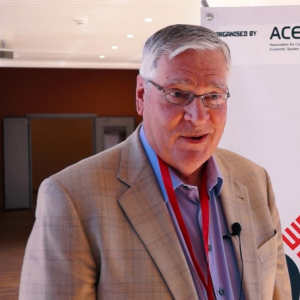 Josef Brada is an Emeritus Professor, a Foreign Member of the Macedonian Academy of Sciences and Arts and president at Society for the Study of Emerging Markets. While at Arizona State University, he taught courses on international economics in the Department of Economics with W. P. Carey School of Business for 33 years. Prior to joning ASU in 1978, he was an assistant professor with The Ohio State University (1969-1974) and an associate professor of economics and international business with New York University Stern School of Business (1974-1978).

Joe Cutter teaches courses on China and its language. His research interests include early medieval Chinese literature and the history of the Three States period, pre-modern China, modern China, traditional Chinese literature and history, with emphasis on the Han and early medieval periods. His publications include: The Brush and the Spur: Chinese Culture and the Cockfight (1989); and Empresses and Consorts: Selections from Chen Shou’s Records of the Three States With Pei Songzhi’s Commentary (with other authors 1999).

James Eder teaches courses on the peoples of Southeast Asia and on international development and sustainability. His research interests center on Palawan Island, the Philippines, and include demographic and subsistence change among tropical forest foragers; agricultural intensification and economic diversification in upland farming communities; livelihood and resource management in the coastal zone; and ethnic differences, Islamic consciousness, and Muslim-Christian relations.

Anne Feldhaus teaches courses on religion in India. She specializes in medieval Hinduism folk Hinduism, and religious geography, and conducts Her research on the religious traditions of the Marathi-language region of western India. Her publications include Connected Places: Region, Pilgrimage, and Geographical Imagination in Maharashtra (Palgrave Macmillan, 2003) and Water and Womanhood: Religious Meanings of Rivers in Maharashtra (New York: Oxford University Press, 1995). Feldhaus has been a Guggenheim Fellow, an Alexander von Humboldt fellow, a Fulbright Scholar, and a Senior Research Fellow for the American Institute of Indian Studies. 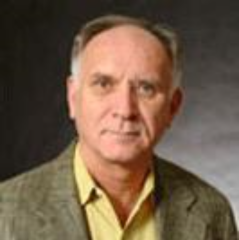 Thomas J. Hudak focuses on the linguistics and literature of Southeast Asia, with a particular emphasis on the Thai and Indonesian languages. His research has involved the analysis and interpretation of ethnopoetics and ethnoaesthetics. Current topics of his research include the translation of classical Thai poetry, the uses of repetition in literary discourse and the compiling and editing of primary data from twenty Tai languages and dialects.

Stephen Mackinnon teaches courses on Modern China, Peoples Republic of China, U.S.-China relations and History of Modern India, as well as War and Revolution. His research interests include a biographical study of the life and times of Chen Hanseng (1897-2004), pioneer Chinese social scientist and international political activist since the 1920s. He has published Power and Politics in Late Imperial China (1981); China Reporting: An Oral History of American Journalism in the 1930s and 1940s (1987); Agnes Smedley: Life and Times of an American Radical (1988) and WUHAN,1938: WAR , REFUGEES, AND MAKING OF MODERN CHINA, (2008).

School of Politics and Global Studies

Andrew Smith teaches courses on biodiversity conservation and mammalogy. His work involves investigation of the ecosystem services and keystone species status of small mammals – primarily Plateau Pikas on the high grasslands of the Tibetan plateau. His collaborative work on these alpine grasslands is designed to deepen our understanding of the complex interactions involving geophysical, biological, social, and policy factors and feedback systems in determining grassland status. A goal of this work is to enhance understanding of this socio-ecological system and to provide important inference for policies on grassland restoration, biodiversity, and economic development. This work is being supported by a 5-year NSF CNH grant. He recently completed A Guide to the Mammals of China (Princeton University Press), which has also been translated and published in a Chinese edition.

Sybil Thornton’s research focuses on three interrelated areas of Japanese narrative: medieval Buddhist propaganda, late-medieval epic, and the period film. In addition to several articles and book chapters, she is the author of Charisma and Community Formation in Medieval Japan: The Case of the Yugyo-ha (1300-1700) and of the 2007The Japanese Period Film: A Critical Analysis. She is now working on a translation and study of the c. 1400 Meitokuki, the second of a proposed series of five late-medieval Japanese epics. Dr. Thornton has been particularly active in advancing knowledge about Asia among Arizona Community College and K-12 teachers and students. She is also the Principle Investigator of the 3-year (2011-2014) Institutional Project Support grant from the Japan Foundation.

School of Politics and Global Studies

He is a specialist in Chinese literature and urban history from 950-1400, working primarily on the rise of urban consciousness, Chinese performing literature, and Chinese garden culture. His publications in the last five years include Monks, Bandits, Lovers, and Immortals: Eleven Early Chinese Plays (2010, Hackett), Bandits, Betrayal, and Brotherhood: Chinese Plays on the Three Kingdoms Era (2012, Hackett), “Chinese Literature 1275-1425”, in The Cambridge History of Chinese Literature, and several articles in English language and Chinese language journals. His current work includes “The Pains of Pleasure: The New Year’s Festivals of Kaifeng and the Expatriate Communities of Hangzhou 1125-1250” (in a volume from the Univ. of Michigan Press), and The Orphan of Zhao and Its Kin: The Earliest Chinese Dramas (Columbia Univ. Press).

Robert Youngblood’s current teaching and research interests are focused on two different aspects of domestic U.S. policy. The first focus is helping freshmen and sophomores understand the need to save and invest early in their working lives and the importance of avoiding some simple investment pitfalls in planning their financial futures. The second focus is on public policy issues associated with health care and examines the question of why the epidemic of heart disease, diabetes, breast cancer, osteoporosis, and prostate cancer in the United States has not resulted in clear preventative guidelines from the government and the medical profession. He has published Marcos Against the Church: Economic Development and Political Repression in the Philippines (1990) and is the co-editor of Patterns of Power and Politics in the Philippines: Implications for Development (1994).