Crown, Canopy, and Cave: Containers for Transformation and the Ritual Architecture of Early Imperial China 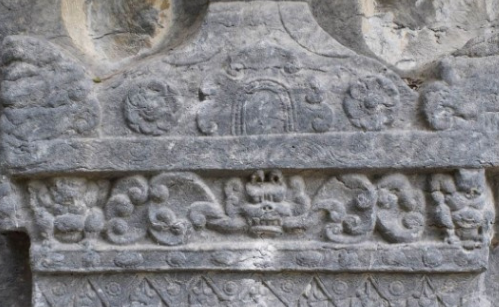 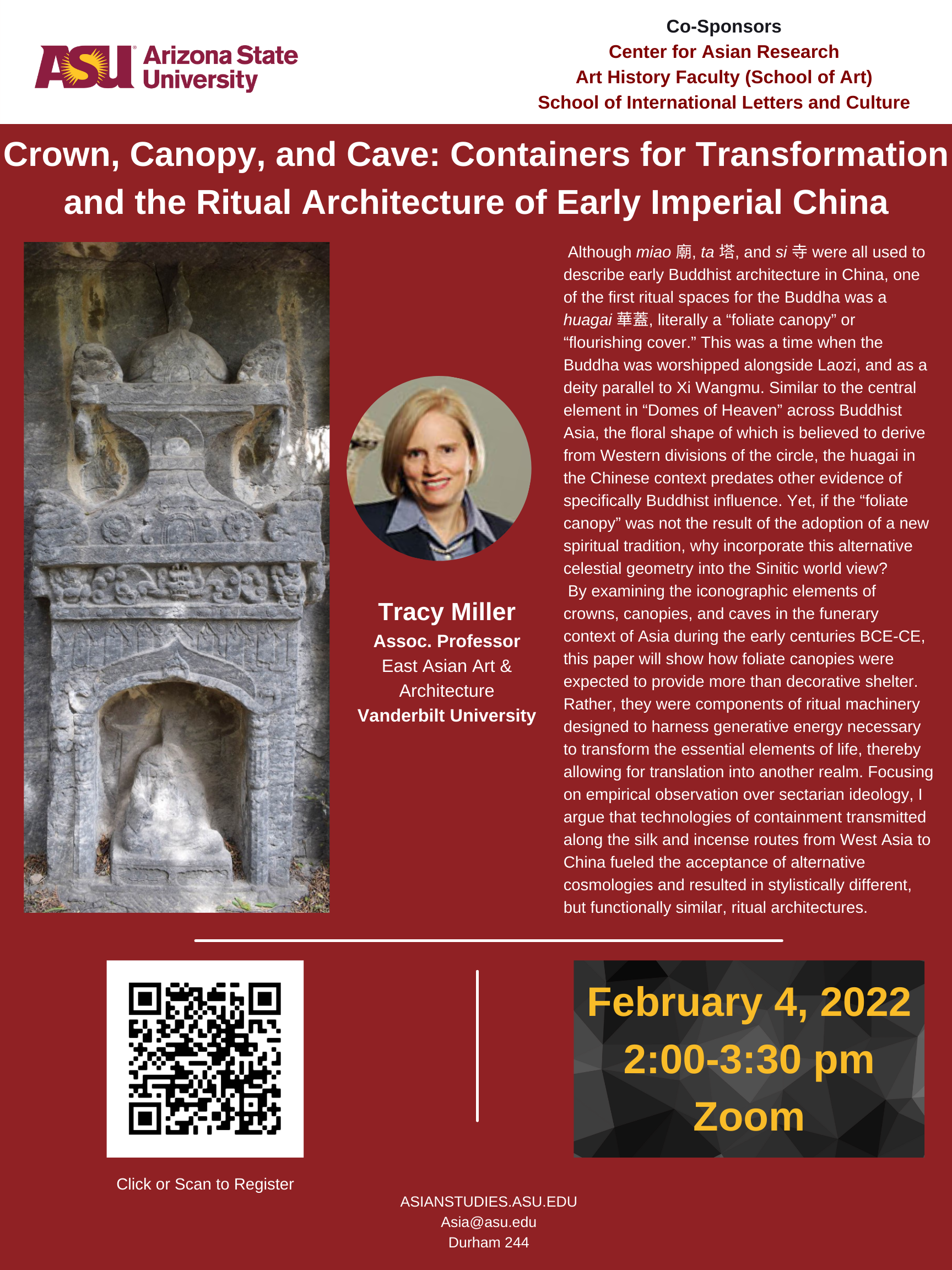 Although miao 廟, ta 塔, and si 寺 were all used to describe early Buddhist architecture in China, one of the first ritual spaces for the Buddha was a huagai 華蓋, literally a “foliate canopy” or “flourishing cover.” This was a time when the Buddha was worshipped alongside Laozi, and as a deity parallel to Xi Wangmu. Similar to the central element in “Domes of Heaven” across Buddhist Asia, the floral shape of which is believed to derive from Western divisions of the circle, the huagai in the Chinese context predates other evidence of specifically Buddhist influence. Yet, if the “foliate canopy” was not the result of the adoption of a new spiritual tradition, why incorporate this alternative celestial geometry into the Sinitic worldview?

By examining the iconographic elements of crowns, canopies, and caves in the funerary context of Asia during the early centuries BCE-CE, this paper will show how foliate canopies were expected to provide more than decorative shelter. Rather, they were components of ritual machinery designed to harness generative energy necessary to transform the essential elements of life, thereby allowing for translation into another realm. Focusing on empirical observation over sectarian ideology, I argue that technologies of containment transmitted along the silk and incense routes from West Asia to China fueled the acceptance of alternative cosmologies and resulted in stylistically different, but functionally similar, ritual architectures.