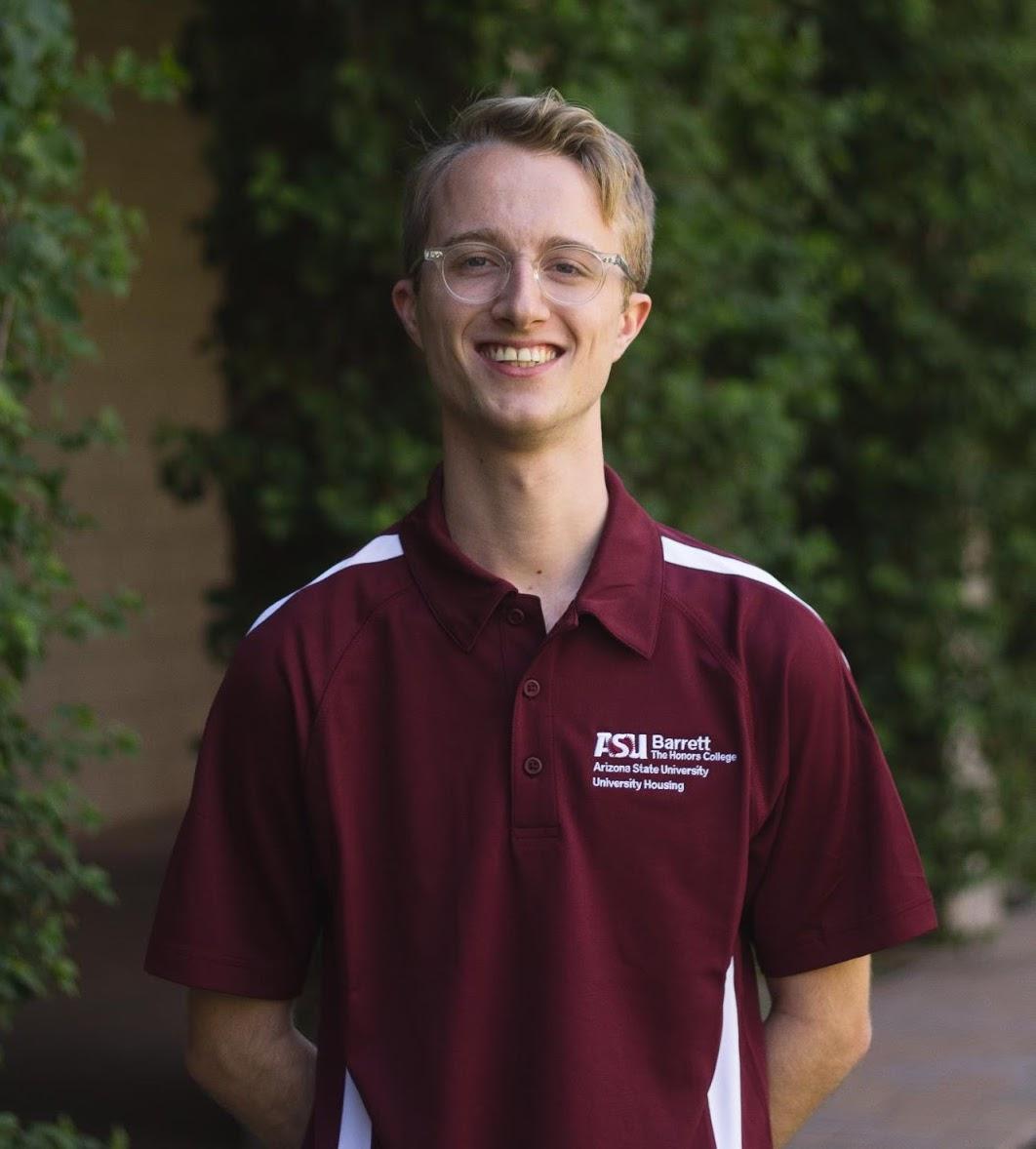 Ryan is currently an undergraduate junior studying economics and business Chinese language and culture. In addition to his two majors, Ryan is also a member of the Barrett, Honors College community, where he works as a Community Assistant in the dorms. Ryan also furthers his study of Chinese through his participation in the Chinese Flagship Program on campus, and is currently preparing for his Capstone year abroad in the fall of 2019. 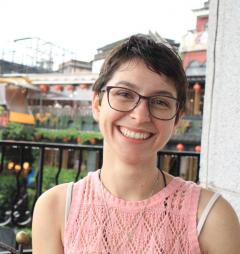 Mary “Katie” Kennedy is a Senior at ASU double majoring in Chinese and English with a Concentration on Linguistics. She is currently a Flagship student preparing for her Capstone year, where she will continue her Chinese studies. This summer, Katie was able to travel to Taiwan to attend the International Chinese Language Program hosted at National Taiwan University in Taipei. During this time, she was able to interact with the locals and attend classes in Taiwan, enabling her to make great strides in her language learning. A Barrett student, Katie is working on her Barrett thesis, which analyzes connected features of Chinese grammars, such as the co-occurrence of verbs and preposition-like verbs as well as the interplay of grammatical and lexical aspect. She hopes to later continue on to graduate school in order to continue her research into the syntax of the Chinese language. 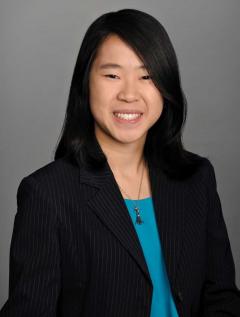 My name is Athena Le, and I am a current sophomore majoring in finance in the W. P. Carey School of Business. I am also a student in Barrett, the Honors College and the Chinese Language Flagship Program here at ASU. I chose to major in finance because of my mother’s inspirational story. She came to the United States in 1975 as a Vietnamese refugee. From empty hands, my mom taught herself money management and created the comfortable and stable life my family lives today. Not all refugees are as fortunate or have similar resources as my mother. Through studying how global markets operate and developing my financial literacy, I will be able to provide less fortunate families with the knowledge they need to properly budget and invest their assets. After graduation, I hope to work in the banking industry. My goal is to become a financial analyst for the World Bank. 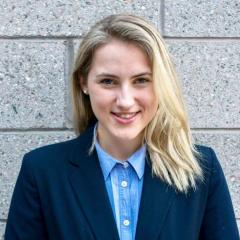 My name is Delaney Shultz and I am originally from Chicago, Illinois.  I am a sophomore honors student studying Supply Chain Management, Spanish, and Chinese at the W. P. Carey School of Business.  I currently work at the Global Education Center where I facilitate a Spanish Conversation Hour and help a Chinese client prepare for their TOEFL examination.  Through my experiences at ASU and being a part of the FLAS Fellowship program, I aspire to be an international supply chain consultant and ultimately work with international non-profit organizations to improve their operations and efficiency. 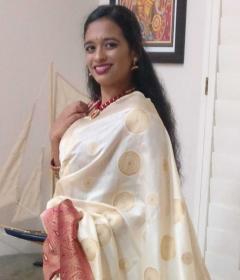 Ranjani Venkatakrishnan is a junior Barrett student majoring in Journalism with a double minor in psychology and Japanese. She started watching anime the summer before 10th grade started for her in India, and became obsessed to the point where she would watch up to 40 episodes a day. Watching that many episodes in Japanese with English subtitles on a daily basis, Ranjani slowly started to understand some words and sentences in Japanese. She also loved the opening and ending songs so she would find the lyrics online and sing them!

Ranjani started wanting to actually learn more Japanese in 10th grade, but didn't have the opportunity to until her second semester at ASU. Today, she has completed 2 years of studying Japanese and has participated and won prizes at the Annual Arizona Japanese Speech Contest two years in a row. Ranjani won 2nd place in category A (JPN 101 level) in 2017, and 3rd place in category C (JPN 201 and 202 level) in 2018. She dreams of being able to fluently speak Japanese one day and traveling to Japan to work as a foreign correspondent for the New York Times, and eventually someday becoming Editor in Chief of National Geographic Magazine.
Margaret Zheng 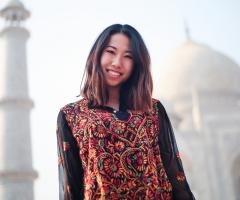 Originally from Tucson Arizona, Maggie is currently a junior studying Biological Sciences and is a member of the Chinese Flagship Program. She has been researching opioid and cocaine addiction in a neurobehavioral lab for the past three years, and also interns at a plastic surgery clinic in Scottsdale. This coming fall, Maggie will be abroad in China for two semesters studying the complex topic of intellectual property transfer among universities between the US and China. All of these activities are steps towards her future goal of becoming a reconstructive surgeon. In her free time, Maggie likes photography, writing, and being outdoors. 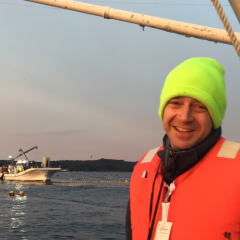 Jay is a PhD student in the Walter Cronkite School of Journalism and pursuing a Graduate Certificate in Asian Studies. He is currently conducting dissertation fieldwork in Taiji, Japan, known for its whale and dolphin hunts, examining the reaction of the town to international media pressure against the hunts. He previously worked as a foreign correspondent in Tokyo for news organizations such as the Associated Press and Dow Jones. He received his master's degree from Kansai University in Osaka, and his undergraduate degree from Princeton University. He was raised in Phoenix, a short drive from ASU's downtown campus. 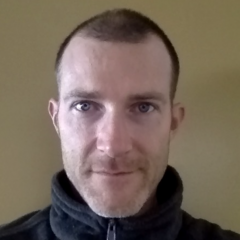 John Billing’s fascination with the process of language acquisition led him to seek his master’s degree in applied linguistics. Later pursuing interest in the deep connection between Chinese history and Chinese culture, John entered the PhD program in East Asian Languages and Civilization at ASU, where he is now immersed in the language, literature and history of pre-modern China. Currently, John’s focus on ways books in general, and print technology in particular have been instrumental to the shaping of culture throughout the history of East Asia is stimulating him to examine sources at the intersection of Chinese literature, bibliography, religion and intellectual history. 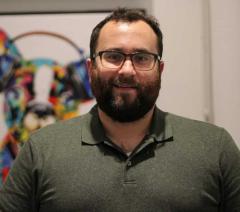 James Edmonds is a Ph.D. Candidate at Arizona State University in the Anthropology of Religion tract in the Religious Studies Department. His research is focused on the place of materiality and exchange in the everyday spaces of ethical formation. His dissertation titled, "Hunting Baraka: The Spiritual Materiality and the Material Spirituality reconfiguring the Indonesian Islamic Landscape," takes the performances of Habib Syech bin Abdul Qadir Assegaf across Indonesia and other parts of Asia as spaces in which reconfigurations of piety, identity, and strategies for living Islamically are indexed to baraka, often translated as blessings. His dissertation seeks to show how baraka, as both an actors’ category and a theoretical tool, challenges, evades, and redefines Western, Indonesian, and Islamic visions of religion, embodiment, materiality, exchange, and existence. 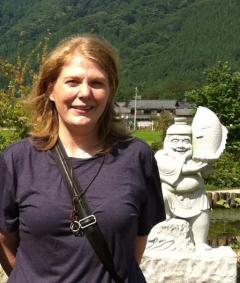 Sarah is a second-year art history PhD student, supervised by Professor Claudia Brown. Originally from Seattle, Sarah did her BA in premodern Asian history at ASU and spent her senior year studying Japanese and Japanese history at Wakayama University. She then taught English for two years at elementary schools in Shiga, Japan as a JET Programme participant. Her MA thesis was on landscape and identity in the medieval Buddhist-Shinto mandalas of the Kumano pilgrimage, while her current research involves Meiji-period scientific rationalism and its impact on print culture and literature. Sarah is also currently involved in researching and digitizing the ASU Art Museum's collection of Japanese prints and ceramics, and her work can be found on the ASU Digital Repository. 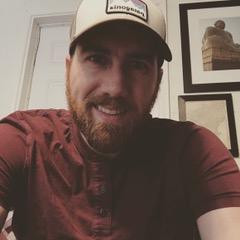 I am a Ph.D. student in Religious Studies pursuing research interests in post-colonialism, popular religion, material culture, pilgrimage, and ritual in South and South East Asian traditions. My doctoral research focuses Buddhist encounter(s) with modernity at the site of the Buddha’s birth in Lumbini, Nepal. Thanks to the FLAS Fellowship through the Center for Asian Research I am currently pursuing language competency in Classical Sanskrit as well as taking coursework in South Asian area studies. I hold a M.A. from the Iliff School of Theology in Comparative Religion and a B.A. from Colorado State University in Philosophy with a certificate in Religious Studies. I have traveled and conducted research abroad in Sri Lanka, India, Thailand, Indonesia, and Nepal.